Ideas for teaching about Bats

Not everyone gets to see them face-to-face, but they are well-known as a symbol of Halloween. A bat theme is great to teach anytime but especially during the month of October. Here is some background information for you and some fun bat activities. Scroll to the end for your free research bat worksheet.

Bats are the only mammals in the entire world that can fly. Its scientific name is Chiroptera, the Greek term for “hand wing.” This is because their four fingers and the thumb are connected at the tips of their wings. There are two types: microbats and megabats. Most of them make use of echolocation to navigate, where they produce a high-pitched sound that bounces off objects to determine where everything is. Due to having a hard time looking for a good place to roost, most bats live together under the same place. Contrary to popular belief, most of their diets consist of insects, small animals, and fruits.

Parts of a bat

Their most prominent feature are their wings. They are connected to the left and right sides of the main body, which is also connected to its arms and hands. When they aren’t flying, they can fold while they hold onto their food using their hands at its tips. Aside from that, they have large ears to be able to “see” where they’re going through sound. They also have a pug-like face due to the placement of the nose and eyes. Most of them are colored brown, black, tan, or gray in order to blend in better with their surroundings with a few bright spots on their bodies’ fur.

Let’s take a look at some of the bat species common in America!

It is named after the shape of its nose. During winter, it travels between Arizona and New Mexico. During their journey, they pass between various plants and help in the pollination process. They were taken off the endangered species list since 2018.

This bat can be seen throughout America. Due to its snow-tipped fur and cute face, it is known as one of the most handsome bats around. However, they are hide to spot due to being able to hide up in trees and in foliage. They take a 24 mile roundtrip to feed themselves during the night.

As one of the many inhabitants of America West’s deserts, its diet consists of cicadas, spiders, small lizards, and small mice. Its name is given due to the color of its fur that helps them blend better amongst the pale sands and rocky outcroppings. What makes this species unique is that it doesn’t use echolocation and listens carefully during hunting. When they are disturbed, they can emit an odor that resembles a skunk.

These thumb-sized creatures are also a common bat species in North America. They were the first creatures where the white-nose syndrome, a fungal disease,  was first noticed. Various scientists are working on a cure to the disease as they have a voracious appetite of 1,200 insects an hour. Their diet ensures that we would not be exposed to diseases transmitted by insects (e.g. West Nile virus).

Unlike most of the species on this list, this type of bat is only found along the southern border of the United States. Between spring and autumn, they would swarm into a tornado-like pattern to find water and food, with speeds of 50 miles per hour and going as high as 10,000 feet in the air. Through this feeding pattern, they can eat as much as 3 tons of insects every night.

Aside from teaching your students about the bat species above, you can read this book out loud to them to help them learn more! From what they eat to how they became a symbol of Halloween, they can have fun learning more about these creatures. I sure had fun reading this out loud to them as some of my own students talked about bats to their friends after class.

This hilarious story is a great read-aloud to your students. As the title suggests, it features an old lady who swallows a bat. As you go through the book, they also find out that she has swallowed other Halloween-themed items from bones to a cat! It is a great way to teach them more about rhyming words too!

Bats at the Library by Brian Lies

Give your students a taste of a thrilling adventure through this book by Brian Lies. Similar to the previous book on this list, it tells the tale using words that rhyme!

The Magic School Bus in the Bat Cave by Jeanette Lane

Join the class of Ms. Leanne while they explore a bat cave. Using their trusty bus, they can explore while learning about how bats sleep, eat, and move about during the day.

For a change of pace, take your students on a sensory adventure through this Davies book. It includes great watercolor illustrations of bats and their habitat. As a nonfiction book, it’s a great read and addition to your library.

If you want a more interactive way to introduce your students to bats, look up videos that they can watch! From the different types of bats to various stories about bat, this will sure to make your students watch in awe about these creatures. Do take care if at least one of your students are scared of them and you can use this chance to make them less afraid of the insect-eating mammals. Here’s two that you can show to them:

How to Draw a Bat

For a fun hands-on activity, you can play a video tutorial with your students and let them draw bats. Once they’re done, you can make use of the drawn bats to decorate the classroom for Halloween too! This will also help them remember what are the parts of a bat. Make sure to have enough paper, pencils, and crayons for everyone to draw on before doing this activity.

Have students conduct research on bats, they can use the internet and library to find the answers to (download the free worksheets here!): 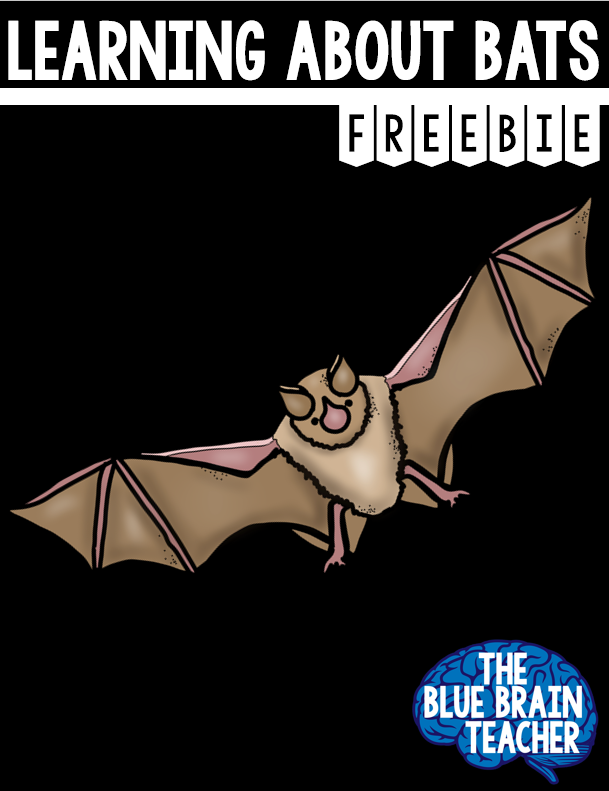 Download the free bat research worksheet and have students use various resources to fill in:

In this article, we learned about these nocturnal creatures. They play a crucial role in nature by keeping the insect population at bay and keeping plants pollinated. There are many kinds of ways you can teach this to your students: from leading a research project to reading books about them. 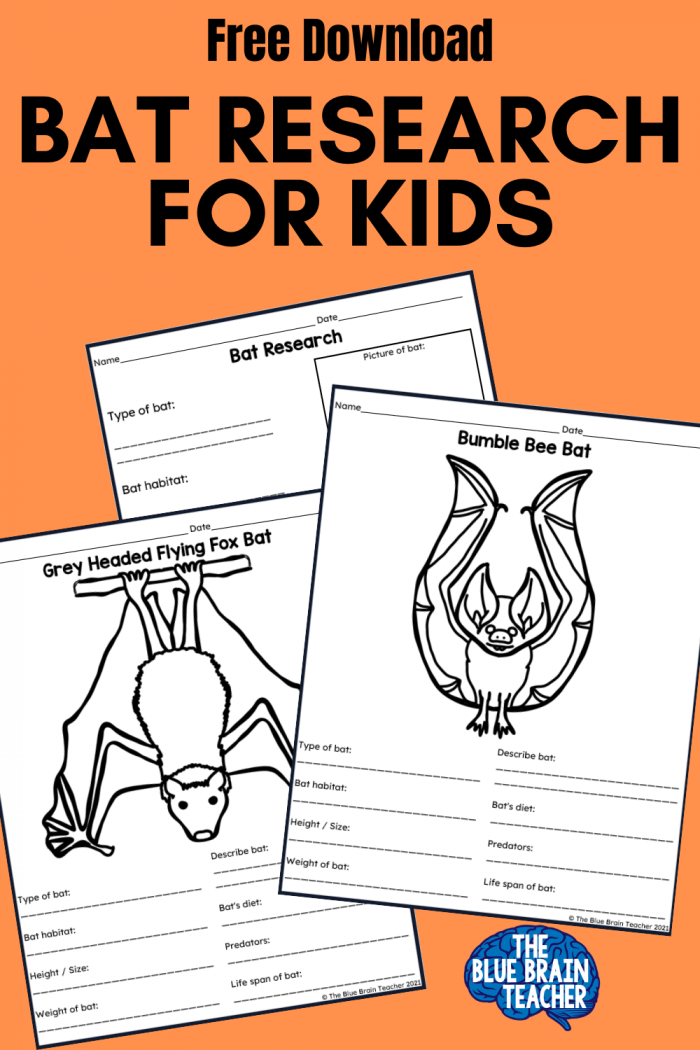